A look into some of the strange and unfair things which people have received fines and tickets for. Whether its for parking in a handicapped spot or exposing yourself to your neighbors, nothing puts a damper on your day like a hefty ticket. Most of the time, the only option is to admit you screwed up and cough up the cash, but occasionally a fine comes along that is just totally disproportionate to the crime committed, or is issued for a ridiculous infraction. Here are 15 of the most ridiculous fines that have ever been written up.

1. Even the Best of Intentions… 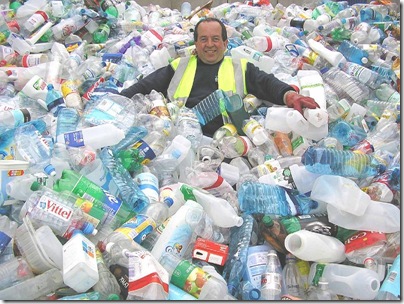 Poor Michael Reeves was an unlucky Brit who was written up for attempting to recycle. Mr. Reeves’ plans went astray when he mistakenly placed a piece of paper in a bag reserved for recycling glass only. The ever-vigilant council officials of Mr. Reeve’s native Swansea were quick to dish out an appropriate punishment for such an egregious and thoughtless offense: a fine of £200. After the citation, Mr. Reeves was quoted as stating that he "will never recycle again," setting a precedent for the UK’s ambivalence toward the environment that probably was a direct catalyst to the BP oil spill. 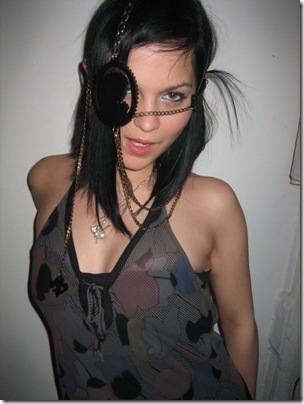 Approaching women while on the street usually doesn’t work for a number of reasons. They are probably busy doing errands and not really "looking for love," often it is difficult to come up with a good conversation starter on the fly, and by the time you think of one they’re already gone. Sometimes, you’re even lacking in the looks department and/or smell bad; there are plenty of things that could work against you. It’s typically best to take a long look and fantasize about what "could have been." Well, except if you live in New York. Here, you will get fined 25 dollars for turning around on the street and looking at a woman "in that way." There is apparently no corresponding regulation for women who might happen to look at men "in that way," which seems pretty sexist and unfair. It’s a good thing New York is not known for containing hoards of ridiculously attractive women, because otherwise this would be a very difficult fine to avoid. Oh, wait… 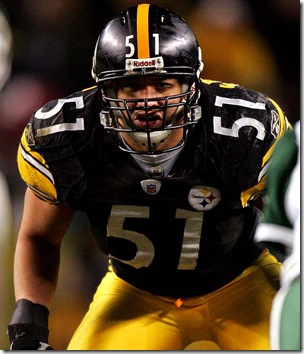 Professional athletes can face many steep fines for hijinks committed both on and off the field. These fines are in place in order to curb the often egomania and sense of invincibility that has been instilled in every talented athlete since birth. The system is obviously perfect because we never, ever hear about sports stars doing anything stupid and getting fined for it. Steeler’s linebacker James Farrior was fined $7,500 in 2008 after he flipped off a bunch of Cleveland Brown’s fans during the third quarter of his team’s 10-6 victory over the "Dawg Pound." The unrepentant Farrior was apparently pleased with the outcome, commenting that he "thought it was going to be more." Awesome work Farrior, it’s so cool that $7,500 is literally chump change for you and your super-cool gesture towards your opponent’s fans.

4. Never Lend Anything to George Washington 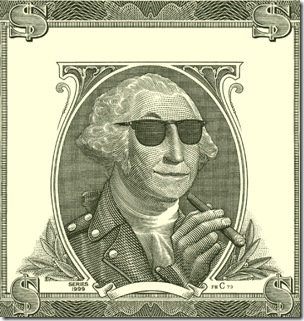 Most people would agree that George Washington was a pretty cool guy. He was the first President of the United States, he chopped down cherry trees (which is totally badass), and he also crossed a river at some point which proved to be a decisive moment in some important war. Surprise! You’ve been fooled by perhaps the greatest charlatan to ever sit in the Oval Office. It turns out that George Washington once borrowed a book from the New York Society Library and NEVER returned it. What kind of a jerk steals from libraries? Washington’s late fees totaled about $300,000 at the time clerks discovered the book was missing early in 2010. Luckily, the book was returned and the library graciously waived the fees.

5. Kids Who Like the Cure are Unfairly Persecuted in California 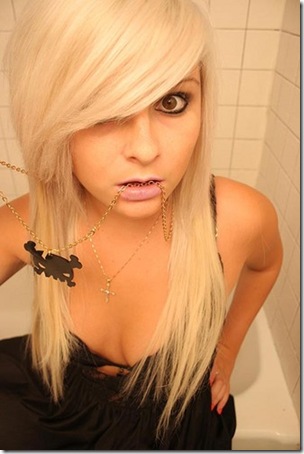 Being a kid is rough. During those formative tween and teenage years, youths face numerous hurdles both at school and at home as they dash towards adulthood and the infinite pleasures that it yields. Hurry up kids, being an adult is awesome and totally problem free! But having no financial obligations other than buying pot from that sketchy kid in the grade above you, doing homework and stressing about girls/boys is rough stuff that can understandably lead to depression. But now time-honored cries for help are being silenced by the uncaring legislators of California. In California, it’s illegal to cut yourself while wearing any clothing whose hue might be perceived as "black." Um, wearing black clothing and cutting yourself are two very important rites of passage for future Liberal Arts students. Have fun with a bunch of scientists, mathematicians and economists (a.k.a nerds), California! The fine imposed is a minimum of $8000 and up to five years in jail, which is definitely a good punishment for people who want to harm themselves (but only whilst wearing black). 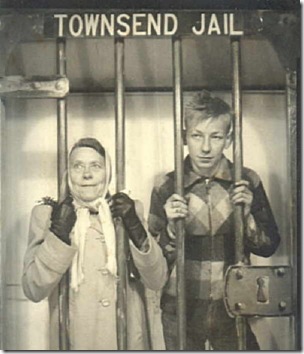 Libraries are cool places and a nice public service that we all have benefitted from at some point in our lives. Because pretty much anyone can get a library card and most people are jerks (i.e. George Washington), libraries have to be protected from some of the unsavory characters that wander about — they wield their library cards like they’re some kind of hot shot and check out books all willy-nilly. One such borrower, Keely Givhan of Beloit, Wisconsin, found out the hard way that libraries are not to be messed with. Givhan thought it would be a blast to check out a couple children’s and craft books and then keep them in her possession past the due date. Big mistake, Keely. While Givhan was busy reading children’s book to her child and crafting up all kinds of nefarious dreamcatchers and lanyards, little did she know that the Beloit authorities were doing a little crafting of their own: crafting a plan to bring an AWOL borrower to justice. Givhan was eventually arrested, spent six days in jail and $172 in court fees. Additionally, she was forced to pay the library $159 dollars in restitution. Her explanation? She forgot to return the books because she was in the process of moving. A likely story Givhan — you scumbag.

7. Guess What Barry Bonds is in Trouble For? Nope, it Wasn’t That. 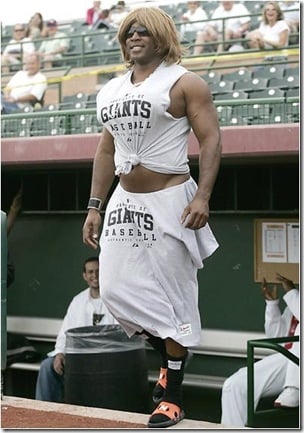 Barry Bonds has won more MVP awards, hit more home runs (both in a single season and all time) and generated more controversy than maybe any baseball player ever. Steroid allegations and dugout tantrums; it’s no wonder this guy has been fined for his actions! So it will come as no surprise that Bonds was fined for… wearing oversized wrist bands? Bud Selig, you have truly presided over an era of baseball that will forever be known for it’s tough-as-nails attitude toward performance-enhancing infractions. Oversized wrist bands almost single-handedly ruined America’s most beloved past-time, so it is comforting to know that one of baseball’s biggest stars was made an example of for his devil-may-care attitude to one of the most strictly enforced rules in all of sports. The damage: $5000, a sum that almost assuredly and justifiably sent Bonds into financial ruin. Don’t do the crime if you can’t spare the dime. 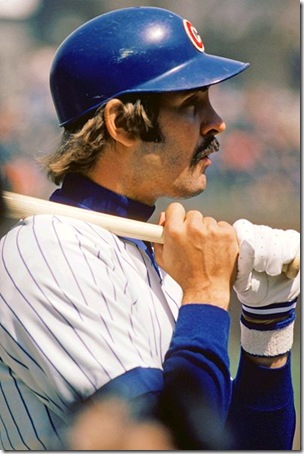 Sometimes a fine is well worth it. Dave Kingman, a feared slugger from the 70’s and 80’s, earned one of the best ones ever. After sportswriter Sue Fornoff (girls write about sports?) wrote a scathing article criticizing the "Sky King," Kingman decided to retaliate. He obviously thought about the plan for days — a prank so ingenious and perfectly executed demands a certain length of gestation. A live rat was purchased, and with the kind of dexterity that only an athlete possesses, Kingman tied a note to it reading "My name is Sue." The poor creature was meticulously gift wrapped, then sent to Fornoff’s press-box where the unwitting reporter opened up a veritable Trojan Horse of ownage. Kingman – 1, Fornoff – 0. Kingman did have to pay a $3000 fine, which back then probably is the equivalent to $100,000 in today’s economy, but you really can’t put a price on justice.

9. Parking Tickets are the Worst 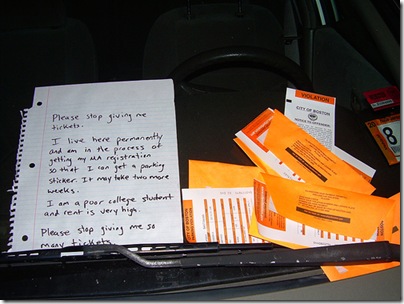 If you live in a city, you’ve probably received a parking ticket. If you claim you haven’t, you’re a liar and now you have been cited with a lying ticket, sucker (these should exist, seriously)! But not all parking tickets are created equal, as one former immigrant to Austria will attest. The Romanian offender, who now lives in France, left his Fiat Uno (a crappy and cheap car) parked on the street but was unfortunately deported before he could move the vehicle to a more long-term location. Because Austria has some stupid law where you can’t tow vehicles that are not obstructing traffic, the Fiat Uno sat there for two years racking up parking violations. The sum total of the tickets came out to $26,110 US, which converts to about 300 Romanian bear-skins and 25 first-born daughters. 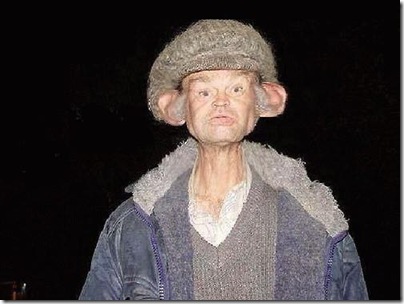 Joliet, Illinois: nobody has heard of it, nobody cares, and nobody knows how to pronounce its name correctly except for the locals. If you ever manage to stumble across it, be wary of how you enunciate the town’s name: there is a $5 fine attached to pronouncing it incorrectly. Honestly, is everybody in Joliet just a huge jerk? Just put up a sign that says: "You are now entering Joliet" with a phonetic pronunciation of the stupid town’s stupid name. There is no reason to be a bunch of money-grubbers who syphon money off the poor souls who make a wrong turn and have the misfortune of passing through a town full of total douches who fine people for not correctly pronouncing an ambiguously titled moniker for a town nobody has heard of from a state nobody has cared about since Top Chef filmed there two years ago. If you’re wondering, the correct way to say it’s "craptown," and every letter is silent. 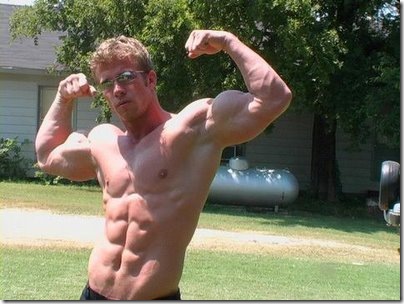 Dressing for success is very important if you ever hope to get ahead in this crazy world. Humans are creatures naturally attracted to aesthetically pleasing sartorial compositions, and the epitome of timeless fashion is the sleeveless shirt. Casual yet daring, alluring yet tasteful, the sleeveless shirt is a perennial staple of any well-rounded wardrobe; that is, of course, unless you live in Maryland. The powers that be, running the fascist dictatorship parading itself as a state that masquerades itself as a patch on the giant quilt of freedom that is the United States (the most freedom-loving country in the world) have decided that sleeveless shirts are not admissible attire in public parks. A violation will cost you a Mr Hamilton, and the right to show off your finely toned physique. 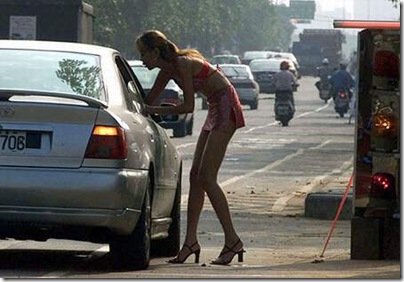 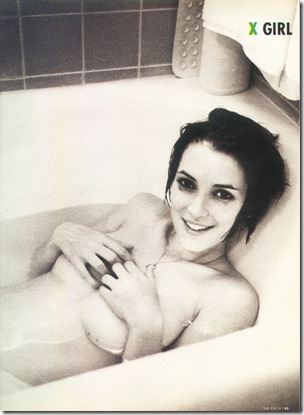 Winona Ryder probably has a lot more money than most people and can afford many things that the rest of us certainly can’t. Brought to you by AdvanceLoan.net