Revealed:Bizarre and Novel Coins from Around the World

If you find one of these in your pocket you might want to check it’s value…fast!

Most people do not give very much thought to the fact that coins are one of the massive elements of our daily lives. However, even though we are constantly handling and receiving them, few individuals pay attention to the minor details that are etched onto coins. Admittedly, in standard coins, there is usually little point in carrying out such an exercise. Yet when it comes to novelty coins there are some really bizarre inscriptions that can be interesting to analyse.

1. Looks like the Romans Knew how to really Party

When one thinks about Ancient Rome, the last thing that springs to mind is pornography. However, that’s exactly what these coins are all about, with each one depicting some sort of sexual act.

2. Politics is no Joke

Most of the political coins focus on American states and are usually of the rude variety. For example, there is a coin for Louisiana in 2002 featuring a woman revealing her breasts – with the slogan “Show us your…”, and you know the rest. Arkansas arguably has one that went one step further in 2003 and while the inscription of “Birthplace of Clinton” is perfectly acceptable, the image of a man and a woman sat beside a tree certainly isn’t. Away from the sexual variety, a coin released about California in 2005 features a large man holding another man very tightly around the neck. The text on this particular coin is “The Total Recall”. As you may have guessed, this large man is meant to resemble Arnold Schwarzenegger.

One of the favoured terms on the poker table is “donk” and this is why this Donkey Ass coin will be received very well by a lot of people. It is humorous, to say the least and if you haven’t noticed immediately, all of the derogatory words around the outside of the coin accumulate to create the main phrase which occurs at the bottom of the coin.

Some have likened these concept coins to monopoly money, as it would be fair to say that they don’t exactly look like real currency. However, the idea behind them is very interesting and while it is very unlikely to catch on, it would solve a lot of problems – particularly for visitors to an unknown country. With these concept coins it’s easy to see just how much value each holds through the shape, with the 50 cent piece being half the standard size while the 25 cent is a quarter, and so on.

This is arguably one of the most bizarre coins on the planet, yet it is incredibly worth $10 from the issuing island of the Republic of Nauru. It was introduced at the same time that the Euro was established as legal tender, with the island wanting to celebrate the move by designing a coin in the shape of all of the countries that have taken part in the Euro currency.

6. Australia Shaped Coins – Some Australians actually use this as a map!

Similarly to the above, this coin focuses on the shape of Australia. It is perhaps done in a more elegant way to the previous coin and the fact it is 99.9% pure silver means that it is certainly a worthy item. Moreover, there are thought to be only 6000 of these coins in the whole world.

One question that few people seem to ask is why are practically all coins round? These coins go against that grain and are actually based on the currency of Romania.

8. Coin with a Piece of the Stars in it

It could be argued that these are some of the best-looking coins on the list if there ever was such a phrase to describe coins! The multi-coloured nature of these coins is undoubtedly what makes them stand out and the fact they contain pieces of meteorites makes them even more unique. Each coin tries to highlight exactly what position a meteorite fell and considering the special nature of these items, it will not be a surprise to hear that it’s almost impossible for you to get your hands on one of 2500 that have been produced in the world.

This is another coin that oozes beauty and again, this is probably due to its uniqueness. Again, it incorporates colour, this time in the form of the angel and devil who sit above an inscription of “Good Heavens”. This coin is worth $5 from Palau and once again, there are only 2500 pieces out there.

While many of the above coins may have been interesting, none of them can compete with these next coins based on pure comedy value. The fact they are named the likes of “Head & Tail”, “Kiss Ass”, “Orgasm Donor” and “Six Beer Coin” highlights that they really are not there to be taken seriously. It could be said that the Kiss Ass version is one of the most pleasant on the eye as this incorporates all sorts of colours to paint an image of a woman with lips on her rear. A lot of people will find the Head & Tail coin rather amusing as well, with this featuring the upper and lower halves of a naked woman on the respective sides of the coin. 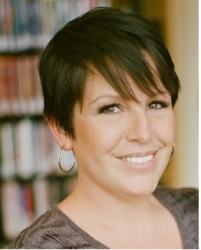 Kathy Robins
Kathy is an experienced personal finance writer at AdvanceLoan.Drawing on her substantial industry experience she has written across a number of financial subjects to help educate consumers.